If you haven't heard of MeatEater with Steven Rinella, do yourself a favour and stop reading this right now and log into Netflix and binge watch the episodes available there.  Steven Rinella's perspective on hunting, conservation, public lands, and nature is refreshing. 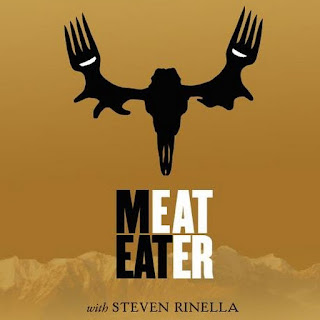 Right now, most hunting media is just canned hunts, kill shots, poor camera work, breaking the fourth wall, and generally has nothing to do with conservation, nature or food.  I can't stand most hunting shows because they are more harmful to hunting than they are helpful.  Most hunting media adds to the anti-hunting narrative and stereotypes rather than debunk them.  Furthermore, most hunting shows don't depict how I hunt or how anyone else I know hunts. MeatEater is a distinct departure from the drivel that is most other hunting TV and it is one of the few shows that depicts hunting in a positive light.  I'll also mention Solo Hunter as another one of the few shows which is demonstrating hunting in a positive light since Remi Warren has been on MeatEater a few times and clearly has similar values as Steven Rinella.

MeatEater has a great formula and format for storytelling.  It is heavy on the setup and conservation, rarely does the host speak to the camera, there is insightful and eloquent narration, and when they are successful the show always ends in a meal.

I am very excited for Season 7 to be released.  Last I heard on Instagram Season 7 was in editing. 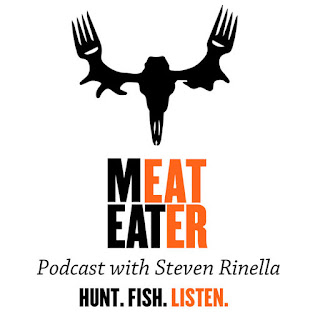 I also highly recommend the MeatEater podcast.  It is informative on the issues, hilarious, and generally quite interesting.  I listen to it while I am out in the shop working or reloading ammo, or during my commute.  Listening to the podcast, more than the show, has significantly contributed to my knowledge of the issues facing habitat protection and conservation.  The podcast is a great resource for anyone looking to get into hunter advocacy. 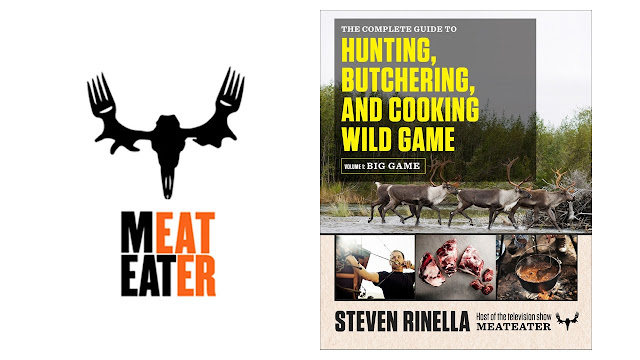 The Complete Guide to Hunting, Butchering, and Cooking Wild Game: Volume 1: Big Game
by Steven Rinella
Permalink: http://a.co/fYxs2jc
Steven Rinella is also an author and excellent writer.  I bought his book, The Complete Guide to Hunting, Butchering, and Cooking Wild Game: Volume 1: Big Game and have read it cover to cover and even tried a few of the recipes.  The best so far is the wild game stuffed meatloaf.  The stuffing is spinach, pine nuts, cheese, and a little spice for kick. The glaze is a simple, but delicious grainy mustard sauce.
As you can probably tell, I am a huge fan of MeatEater and Steven Rinella.  He has been a big influence for me as both a new hunter and a new hunting activist.  I can't get enough of what he, his friends and crew publish.  It is all really well done.  My one criticism is that the online store won't ship to Canada.  I really want some of their gear and I am almost going to sign up for a PO box in Blaine WA just to get a decal and a beanie (Toque as it should really be called).
Posted by Alex Johnson at 11:12