I recently found another publication which discusses the issue of road density on grizzly bears.  As discussed previously, once road density exceeds around 500-600m of road per square kilometre, grizzlies and other animals tend to permanently retreat from those areas.  It seems that road density increases many factors which cause animals to abandon habitat.  From what I have read, non-hunting traffic such as outdoor recreation activities on ATVs or snowmobiles as well as people transiting the area by car or truck, along with the increased ease of which predators are able to travel the roads, and increased hunting pressure all contribute to animals retreating from an area.

It sounds like these all contribute to a general state of alarm that make animals retreat to safer areas.  Now, with the ban on hunting grizzlies, we'll be able to put to bed the impact that hunters played on this issue.  I suspect that hunters only have a minimal direct role in animals departing from areas, both because of the minimal number of grizzlies hunted each year prior to the ban, but also because generally hunters tend to be slower moving and quieter than summer ATV riding or winter snowmobiling.  Also, as any hunter would know, the amount of predator sign, specifically wolf sign, that can be found on roads indicates that they use roads to improve their ability to travel.

Anyways, the publication can be found here:
https://www.researchgate.net/publication/326446743_Resource_Roads_and_Grizzly_Bears_in_British_Columbia_and_Alberta_Canada

Here are the best graphics from the publication 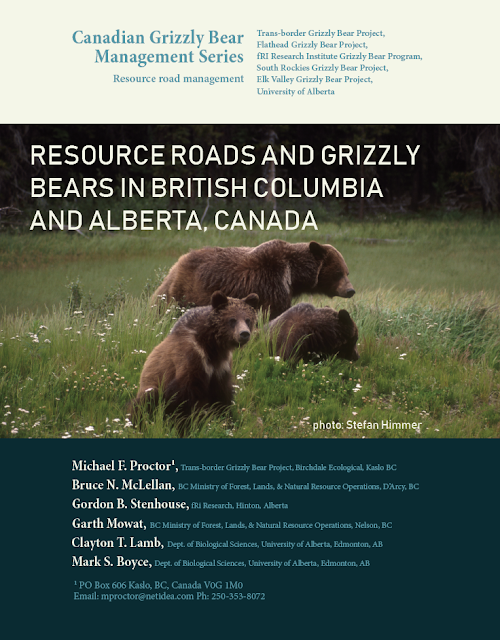 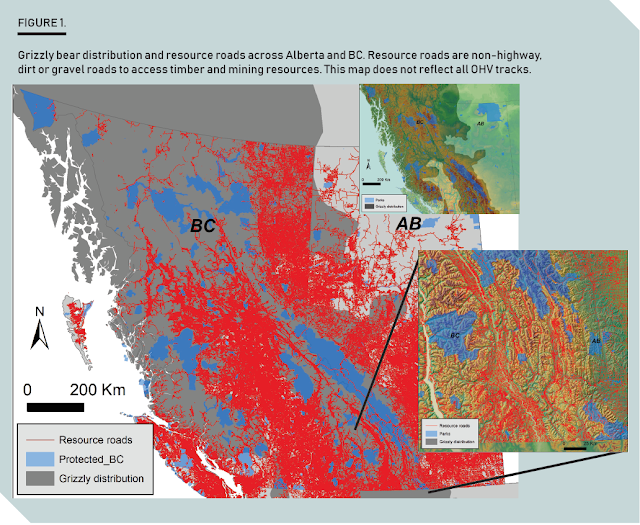 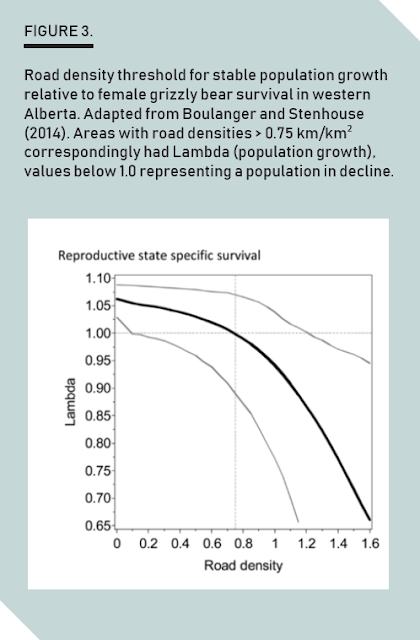 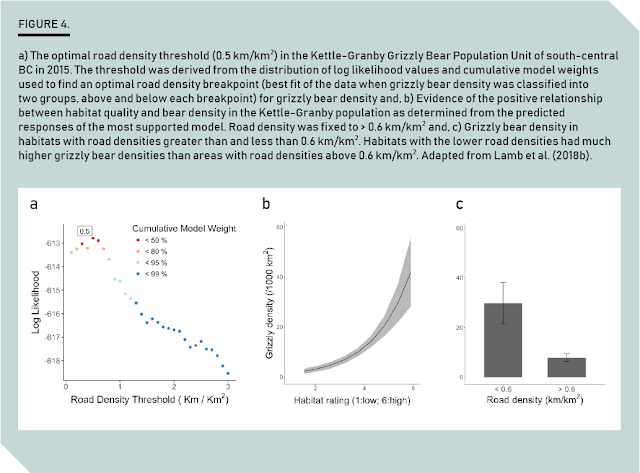 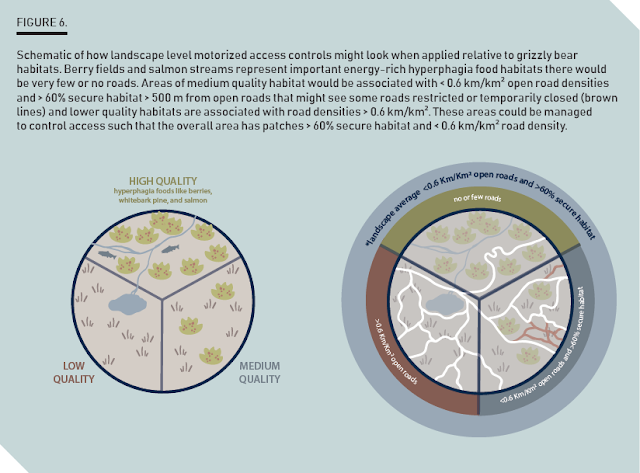 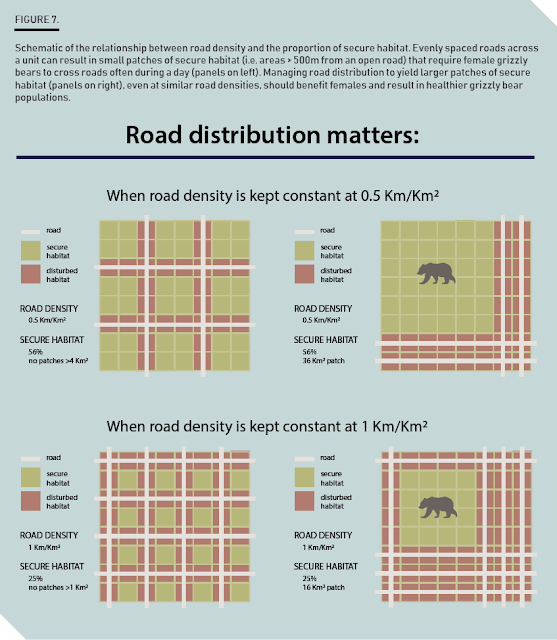 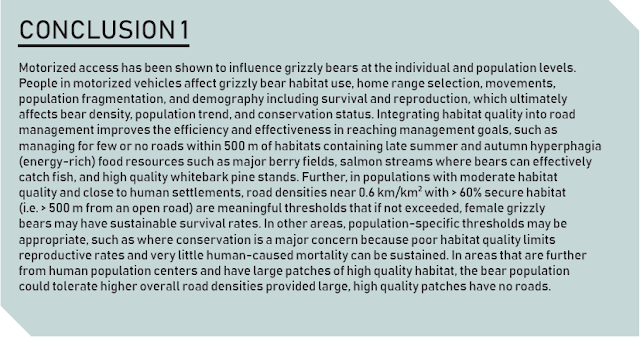 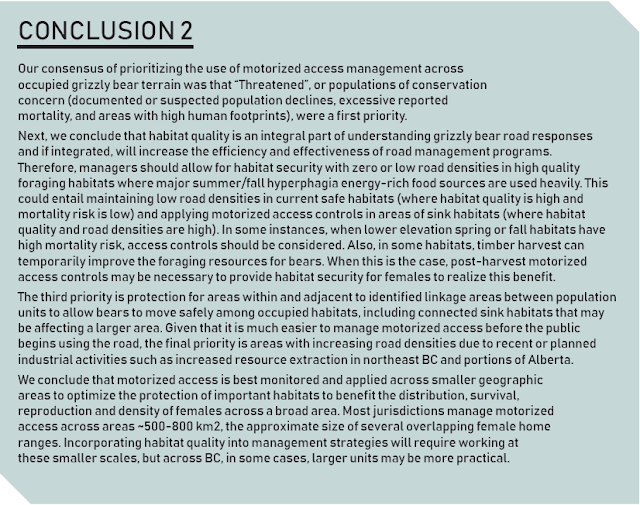 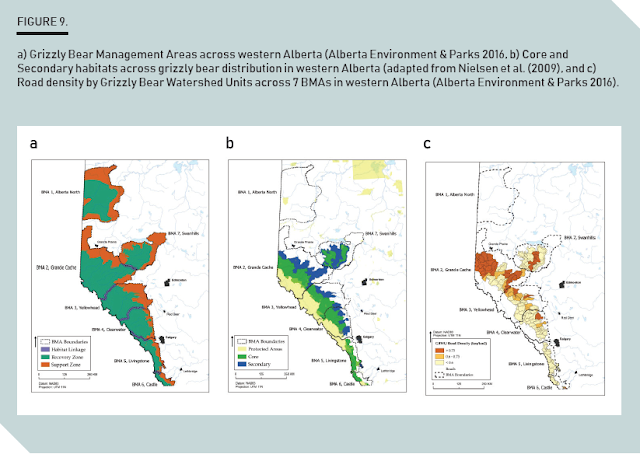 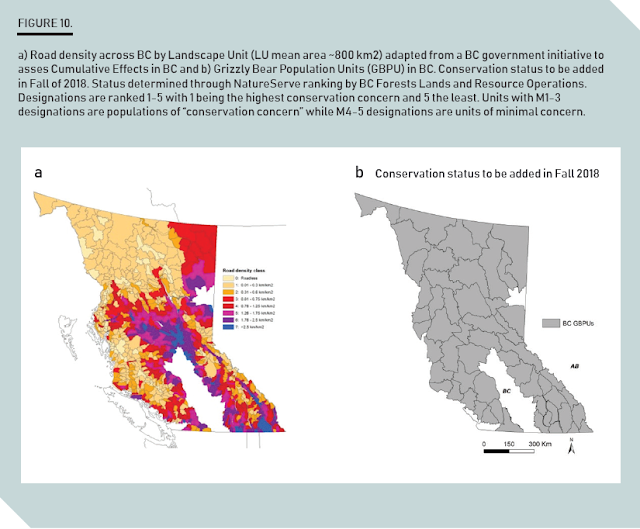 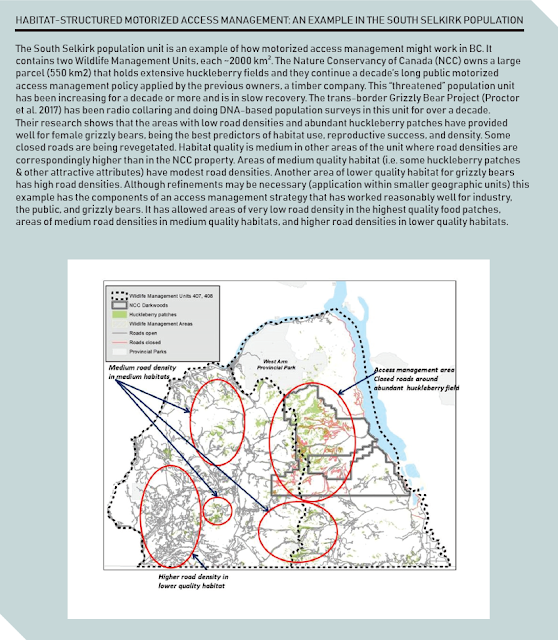 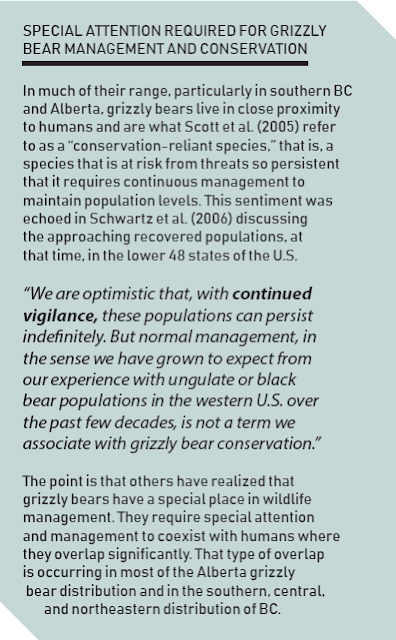